Weather forecast months in advance – mission impossible! That’s what meteorologists say. And they are right ! From their point of view, from their experience, from what they have learnt and from what they read in their specialist periodicals it really IS impossible to forecast for that timescale.

Physics do not allow it. Chaos theory states a sensitive dependence on initial conditions. And even for laymen it seems quite evident that such a complex system as our weather cannot be determined for weeks or even longer in advance – because of the variable initial conditions.

I AM a layman. Have not studied meteorology, nor climatology or atmospheric physics. I am a chemist (minor subject : biochemistry) and in context with my job had never do to with weather in any form.

Ok, let’s look at it soberly. To forecast weather for many weeks is a mission possible, not impossible. I do not BELIEVE that. I KNOW it. From my year-long experience.

What is science? For me the most important virtue of science is curiosity.

I AM curious. And how!

So if there arises something in my life that has no explanation then I never ask if it is possible. What we know is always a partial quantity oft he whole. This partial quantity grows daily.

If somebody says that it is not possible to forecast weather long-range, and at the same time I see that there are some guys out there at different places on this planet who do just that seriously and with good results then their method is worth investigation.

What is astrology ? Astrology claims a connection between the position of celestial bodies, particularly the planets of our solar system (sun, moon and Pluto inclusive) and what happens on earth. In our context here the question is if the planets ‘influence’ our weather. At first glance it’s a clear NO!

Because we have all along known that this is bullshit?

Because science (meteorology, physics, astronomy) have no explanation for such a cohesion ?

Because we’ve never heard anything about that?

Because there is no literature about this topic?

At this point science gets into the game. There IS literature. And there is a LOT of literature. Yes, also from the past centuries of course. But what we are interested in is the present age.

We find articles in the most prestigious journals. And there are even theses.

At this point we should insert some examples.

Abstract : Evidence is presented that precipitation variations in the United States are related to the solar and lunar tidal forces. The results of the statistical investigation are consistent with a mathematical model that shows how a small periodic influence can be of possible importance for the timing of an event such as the initiation of precipitation.

« Abstract : A unique methodology for forecasting weather based on geocentric planetary alignments originated in ancient Mesopotamia. The method, called astrometeorology, was further developed by Greek, Arab, and Renaissance scientists including Ptolemy, Al-Kindi, Tycho Brahe and Joannes Kepler. A major 17th century effort to test the method in a Baconian fashion was made by John Goad. Building on the ideas of Kepler and Goad, I test an isolated component of the method, specifi­cally a correlation between geocentric Sun-Saturn alignments and cold temperatures, using modern daily temperature data from New England, Central England, Prague and other locations. My hypothesis states there is a correlation, shown in daily temperature records, between cooling trends in specific regions and the geocentric alignments of the Sun and the planet Saturn. The hypothesis is supported by a number of tests that show lower temperatures on days when Sun-Saturn alignments occur, especially when near the equinoxes. »

The past year has seen an explosive growth of interest in climatic Change. This work is timely in view of the famine belt now afflicting people along the sothern edges of northern hemisphere deserts. Though it will be some years before climatic research produces useful results, a curious and near-astrological possibility has already emerged – namely that the planets, by influencing the sun tidally, can affect the Earth’s weather.

This work got an award :

This research was carried out at Shri Yogiraj Ved Vijnan Ashram, Barshi (MS), under the guidance of Prof. M.C. Varshneya from 2003-04 till 2009. They found that the Rain Conception and Rain Delivery (RCRD) theory, as proposed in our ancient scripts like Brihat samhita of Varah Mihir, works exceptionally well for forecasting rainfall events at least 6 and half months in advance (i.e. 192 + 1 calendar days). Rainfall was predicted for Barshi for the years 2004 till 2009 and validated with actual rainfall. The results are in the Abstract below. This technique can be used successfully for predicting rainfall for local areas (Panchakroshi). It can be said with confidence that the ancient science of rainfall prediction works well for farming communities if studied in the light of today’s modern weather science (meteorology).

Indian award for Prof. Varshneya and associates for astrometeorological paper

The cloud amount summer nighttime data obtained from the 1994 to 2007 NASA satellite infrared and visible range measurements taken within the framework of the International Satellite Cloud Climatology Project (ISCCP) were analyzed, and the contribution by lunar signal to the cloud amount was extracted. Although the fact of lunar influence on cloudiness is known, this investigation has made it possible to separate the lunar-phase and lunar-declination effects on cloudiness. The relative cloud amount tends to grow with a change in lunar phase from a quadrature to the New Moon or Full Moon and with an increase in lunar declination by absolute value. Both the effects are statistically significant, the lunar-declination effect is a little stronger. The obtained results do not seem to contradict the theory of lunar tides.”

So far a little impression of what is written and what can be found in modern literature about planets (+ moon) and our weather.

There really is an incredible amount of literature!

If we come to the conclusion that there must be ‘something’; the question for any scientist will be ‘What is the mechanism?’. How can we – on the basis of our known laws of physics – understand why the Moon brings precipitation and so does Venus whereas Mars pushes up temps and can cause drougt…..

Can a planet ‚cause‘ weather on earth? Our neighbor Mars – yes, perhaps, maybe. But Uranus or Neptune ? They are 10 and 16 times farther away (from the sun) than Mars. Unimaginable ! Unimaginable ? Impossible ?

If you read the literature you see that there IS a relationship, a connection. So there MUST be an explanation. To find this out we have science and scientists. And we have incredible tools. We can even detect an atmosphere on a planet that orbits around a star several light years away ! Twenty years ago that would have been impossible. Bullshit. Hocus-pocus.

What should be done ? A lot ! But we have a very good equipment : an incredible amount of weather data for many stations worldwide that go back 150 – 250 years.

And we have computers. They can compare data and generate wonderful graphics.

And there are so many intelligent scientists out there. More investigation and research is needed! (And money of course)

On my homepage I do not adress scientists but astrologers. Why?

Because I want my articles and forecasts to be read. There already exists a small (closed) Facebook group. The members are interested in the topic and we discuss several topics.

The literature list shows that investigations have been made in several parts oft he world. My intention ist to investigate weather and planets here in Switzerland. Can long-range weather forecasts be made? Rain? Temperature? Wind? What else?

As stated above: curiosity is my impetus.

‚There are more things in heaven and earth, Horatio, than are dreamt of in your philosophy.‘ Hamlet said to Horatio.

We need scientists who have the guts to further investigate this topic.

And to end this, a Churchill quotation 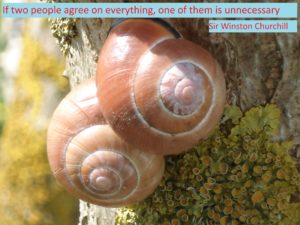